Grandslam departed Whitehaven marina first thing on Monday morning after less than 6 hours in the yacht haven, with the runners settling  down to get  some serious rest.

33 hours of hard sailing in the challenging  waters of the Western  Isles  beckoned,  with strong  south easterly winds the  dedicated sailors,  Mike, Jonty and Tony, shared watches throughout the day and night and never wavered. Despite the lack of sleep, they made some fantastic navigational choices, staying in touch with the much faster  boats  for the majority of the time. This was up until 10 miles to run  to Fort William when the wind started to ease slowing progress against the leading boats who had already docked and despatched their runners.

Grandslam  arrived  at  the official finish point for the sailing legs  at the entrance to the Caledonian Canal  in Fort William at 9.15 pm on a beautiful  Tuesday evening,  her journey done. Ben Nevis the highest mountain in the British Isles standing  proud in the dying light with snow still on the summit  despite it being midsummer. Chris and Jay set out on the final challenge to scale  the ‘Ben”, at 9.25 pm after having their safety kit checked by the race officials.

Chris and  Jay arrived at the summit  after 4000 feet of vertical ascent, having negotiated the snowfield, at just after midnight.

Wednesday 1.30 am and the whole team  have crammed into the support vehicle and walked  several hundred feet  up the  side of Ben Nevis in the  pitch black  to greet the boys  as they run down  to the base and encourage them  on the final 4 mile slog back to the  finish line. There is a tension in the air as everyone strains to look into the darkness in silence. Watches are checked  minute after minute based  on their expected arrival time at the spot we are occupying.  Finally two pinpricks of light from the head torches appear in the  distance. Mike ,the skipper, and the rest of the team call out encouragement  as they pass us at surprising speed on the descent; but its clear that the sheer scale of the physical effort over the  previous 3 days is having its effect  and they are both digging deep to make the finish line.

2.25 am and  the remainder of the team have driven back to  to the finish, and are there to welcome Jay and Chris  home as they cross the finish line arm in arm, clearly delighted with wide smiles on their faces, despite their obvious fatigue, 3 days and eight hours after setting out from Barmouth.

9.00 am Wednesday  and after a snatched sleep all are up and sorting kit at the dockside. It’s  a beautiful quiet  morning and everyone is  talking and taking in what they have achieved; other teams are coming over, sharing their own experiences and offering their congratulations on  finishing.

In the final analysis  389 miles sailed , 14,000 feet of climbing in total , 30 miles cycled, 60 miles run and £3,300 pounds raised for Macmillan cancer and Alzheimers  charities. 6th across the finish line and 5th after calculating the boats handicap  and a massive sense of achievement for the whole Grandslam team and all competitors.

Take a look at some of the pictures from this epic challenge below: 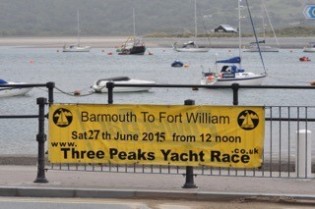 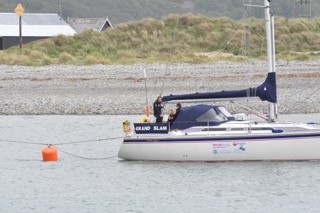 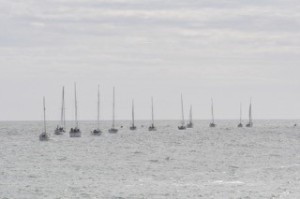 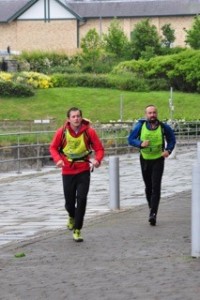 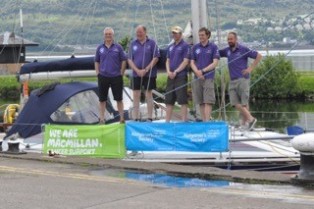 Essential Supply Products Ltd (esp) is one of the leading independent manufacturers and converters of disposable tissue products in the UK. Based in Malvern, Worcestershire the company was formed in 1990. We supply products to wholesale distributors serving the Away from Home (non-consumer) market in the janitorial, hotel, restaurant, facilities management, catering, industrial and medical sectors. View all posts by espenigma